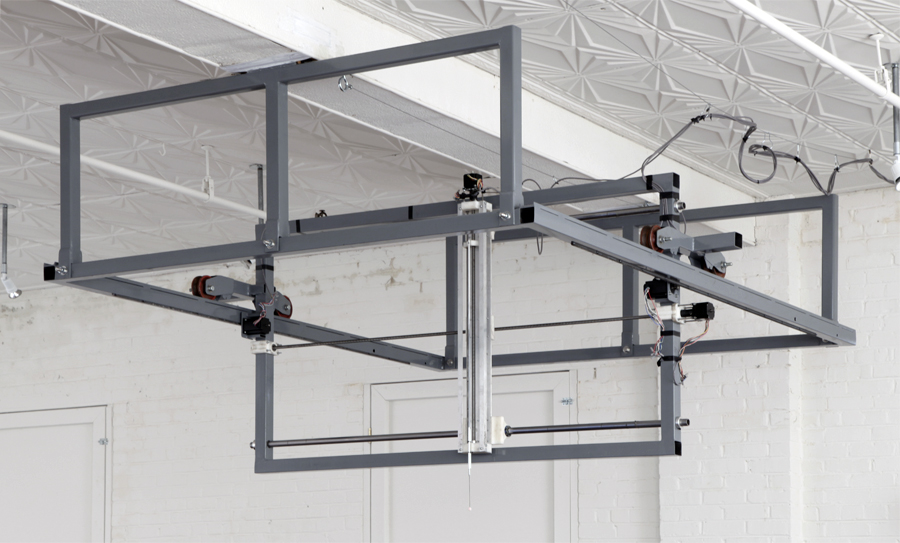 Game Four (2012) consists of a ceiling mounted CNC machine that replicates the ball movements of the 1938 Baseball World Series game four, the last World Series game that was not televised. To create the piece, I listened to a recording of the original radio broadcast to graph the baseball’s movement on a cartesian grid. These values were then coded for a machine that travels in an X, Y and Z direction.